Mikhail Titarchuk: budget revenues increased by 4.2 times according to results of court cases 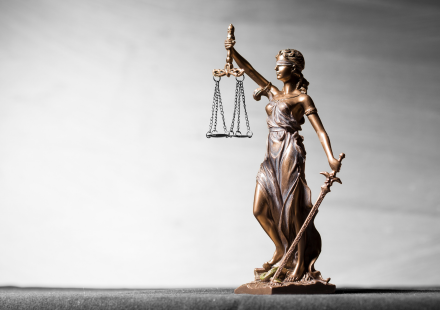 According to him, transformation of the STS has already demonstrated first results, particularly regarding the tax debt management, support of the STS in courts and work with administrative appeals.

Voluntary payment of tax debts without the use of coercive methods of collection has increased significantly. In addition, the debt was partially reduced due to adoption of the relevant Law by the Verkhovna Rada, which provided for amendments to the Tax Code. This allowed writing off the tax debt to all taxpayers whose total amount did not exceed 3060 UAH.

Mechanism of writing off the tax debt allowed the STS to automatically weed out “small” debtors and to focus on the bigger ones accordingly.

“There are already the first results of this focus – for example, the STS recently accompanied in court the case of PJSC “Dniproolia”. This PJSC tried to evade payment of its tax debts by concluding purchase and sale agreements for 1.1 billion UAH. However, agreements were declared invalid and the company will be forced to pay debts” – stated Mikhail Titarchuk.

Deputy Chairman of the STS also emphasized that the change of approaches allowed to significantly increasing budget revenues as a result of court cases. Amount has increased by 4.2 times in 2020 comparing to 2019.

In addition, the number of court decisions made in favor of the STS also increased. This indicates more fundamental attitude of the STS to those controversial cases pending courts’ consideration.

“The key factor that influenced improvement of dynamics of court proceedings is the painstaking rule-making and methodological work of the STS to eliminate the blurring of interpretations of norms. This is confirmed by the decrease in appeals to the STS with complaints against decisions and requirements of regulatory authorities. Complaints against tax notifications-decisions, as well as notifications-decisions in 2020 decreased by 32% and 30.7% respectively” – specified Mikhail Titarchuk.

Print version
Previous STS: decisions regarding all facts of corruption are made on the expediency of holding positions of both participants themselves and their heads
Next   Understatement of taxes during repair works at public expense totaling 7 million UAH was exposed