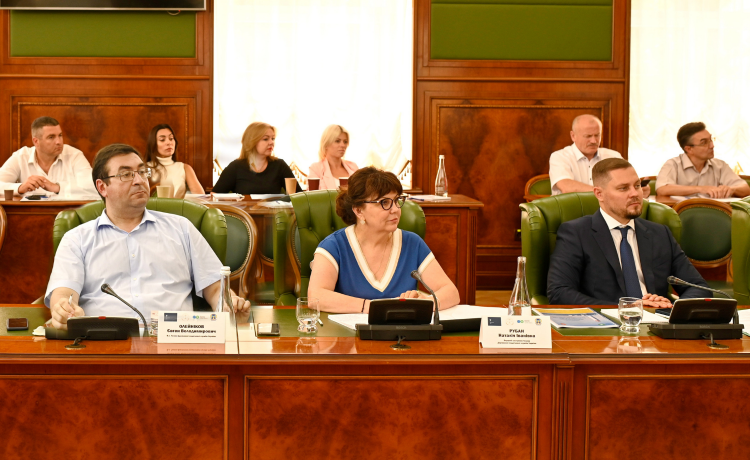 STS refused to perform its functions as a body that focuses on tax collection. After all, when it comes to collecting taxes, this mechanism is inherent in “immature” society. This was stated by acting Chairman of the STS Yevhen Oleinikov during the round table on “Topical issues of the law enforcement in tax disputes”, which took place in Odessa.

Level of voluntary tax payments, which increased significantly last year in Ukraine, indicates that the vast majority of taxpayers perform their duties honestly.

“We have made every effort to create right conditions for taxpayers. The payer should not be held hostage to imperfect administration or maintenance procedures. Our joint efforts with payers were not in vain” – emphasized Yevhen Oleinikov.

At the same time, according to him, the taxpayer must be sure that the same rules are set for all without exception.

“Legitimacy must be ensured, dishonesty – punished. If such balance is not maintained, then there is a risk of distorted competitive environment” – assured Yevhen Oleinikov.

Until 2020, the State Tax Service was constantly in the process of reform. However, systemic mistakes were made during such reforms, as there was a lack of understanding of how concepts and strategies were to be translated into the Service’s practice. The Service has so far been able to respond to these challenges.

Specialists are actively implementing new approaches and standards, particularly in the implementation of court decisions. Lawyers of the Tax service analyze the case law in order to deprive the Service from risks of incorrect application of the law in further activity.

“For us as an executive body, the legal consequences of court decision are much more interesting. State Tax Service has a position that officials should act only on a basis, within powers and in manner prescribed by the Constitution and laws of Ukraine, including our efforts to implement court decisions.” – specified Yevhen Oleinikov.

Representatives of the judiciary, academics and legal experts who attended the event, discussed application of legal position of the Supreme Court to secure the claim by suspending decision of the commission of the supervisory authority on taxpayers’ compliance with risk criteria.

Subject of professional discussion was also the practice of consideration of cases by courts with granting the status of appropriate and admissible evidence to primary documents not provided by taxpayers during control and verification measures, renewal of terms by courts for appeal / cassation appeal at the request of supervisory authority, etc.

Print version
Previous STS: 20 anniversary of the Anti-money laundering departments
Next   More than 5 million UAH of taxes was accrued to enterprise for illegal application of the simplified taxation system