What income for the one-time (special) voluntary declaration is considered as income from which taxes and levies have not been paid or not in full amount? 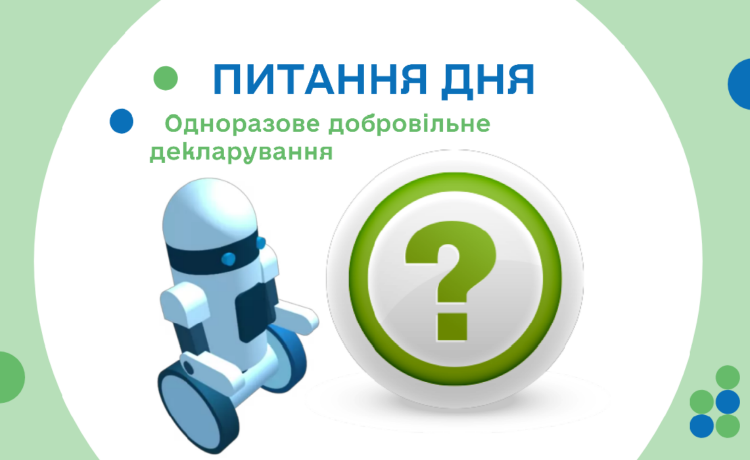 Paragraph 1 Sub-section 94 Section XX “Transitional provisions” of the Tax Code of Ukraine as of 02.12.2010 № 2755-VI with changes and amendments (hereinafter – TCU) stipulates that one-time (special) voluntary declaration is a special procedure for voluntary individual’s declaration of assets located on the territory of Ukraine and / or abroad, if such individual’s assets were received (acquired) by at the expense of income subject to taxation at the time of their accrual (receipt) in Ukraine and from which taxes and levies were not paid or not in full amount according to legislative requirements on taxation and / or international agreements, the binding nature of which was approved by the Verkhovna Rada of Ukraine  and / or which were not declared in violation of tax and currency legislation, the control over which is entrusted to the supervisory authorities during any of the tax periods that occurred before 01.01.2021.

Income is subject to taxation at the time of its accrual (receipt).

Sub-paragraph 14.1.54 Paragraph 14.1 Article 14 of the TCU stipulates that income with source of origin from Ukraine is any income received by residents or non-residents, including from any of their activities in Ukraine (including payment (accrual) of remuneration by foreign employers), including, but not limited to, income in the form of: interest, dividends, royalties and any other passive (investment) income paid by residents of Ukraine or permanent establishments of non-residents in Ukraine; income from provision of property located in Ukraine to residents or non-residents for rent (use), including rolling stock of transport assigned to ports located in Ukraine; income from sale of movable and immovable property, income from alienation of corporate rights, securities; income received in the form of contributions and premiums for insurance and reinsurance of risks on the territory of Ukraine; income of resident insurers from risk insurance of resident insurers outside Ukraine; other operating income; inheritance, gifts, prizes; wages, other payments and remunerations paid according to terms of employment and civil contract; income from entrepreneurial and independent professional activities; profits from alienation of shares, stakes, corporate or other similar rights in foreign companies, organizations formed according to laws of other states (foreign legal entities).

At the same time, the tax obligation is taxpayer’s obligation to calculate, declare and / or pay amount of tax and levy in manner and terms specified by the TCU (Paragraph 36.1 Article 36 of the TCU).

Herewith, fulfillment of tax obligation is payment of relevant amounts of tax liabilities in full by the taxpayer within period prescribed by tax law, which is carried out by the taxpayer directly and, in cases provided by tax law, by a tax agent or the taxpayer’s representative (Sub-paragraphs 38.1 and 38.2 Article 38 of the TCU).

Given the above specified, income from which taxes and levies have not been paid or not in full amount, in order to submit the one-time (special) voluntary declaration, is income that was subject to taxation at the time of its accrual (receipt) in Ukraine, however completeness of payment of taxes and levies from them has not been confirmed according to data of controlling bodies.

Such income may be, but not limited to, wages (remuneration) received by employees in the “envelopes”, foreign income, individual’s income received from entrepreneurial, independent professional activities without state registration as individual – entrepreneur, without tax accounting or without obtaining license, permission or other permit for certain types of economic activity, undeclared income in the form of inheritance, gifts not received from individuals of the first, second degree of kinship, rent, income from sale of movable and immovable property, income from alienation shares, stocks, corporate or other similar rights, etc.

Print version
Previous 6.8 billion UAH of excise tax was paid to local budgets of territorial communities
Next   Court confirmed legality of additional accrual of 54.6 million UAH to the company