To the attention of employees of the State Tax Service departments! 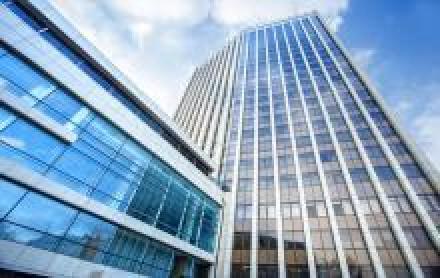 Corruption Prevention and Detection Department of the State Tax Service of Ukraine informs that on the 17th of October 2019 the Law of Ukraine as of 02.10.2019 №. 140-XI “On amendments to certain legislative acts of Ukraine on ensuring the effectiveness of the institutional mechanism for corruption prevention” that came into force on 18.10.2019 was published in the official print edition of the Verkhovna Rada of Ukraine “Golos Ukrayiny” (Edition №. 198 (7204).

In this regard, employees of the State Tax Service should additionally read Articles 23 and 27 of the Law because from now it is permitted to receive gift from these persons but it is forbidden to have such persons in direct submission.

-          persons who are married to the subject prescribed in the First paragraph Article 3 of the Law and the children of the said subject until they reach the age of majority - regardless of cohabitation;

-          list of subjects that must be complied with the requirements of the Law was extended. Declarations must be submitted by the patronage officers, members of the competition, disciplinary and commissions of state bodies.

From the 1st of January 2020, the following will must be declared:

-          trusts or other similar legal entities the ultimate beneficial owner (controller) of which is the declaring subject or his family members;

-          cash from the declaring subject or family members, including cash, bank deposits, contributions to credit unions;

In turn, information in the declaration will be indicated not only as of the last day of the reporting period, but also if the object of declaration was in the possession or use for at least six months.

It should be noted that according to financial status, members of the family will be considered persons who have shared for at least 183 days of cohabitation (not just as of the last day of the reporting period).

From the 1st of January 2020, notifications about significant changes must be submitted not only in the case of income, the purchase of property in the amount of more than 50 subsistence wages, but also in the case of expenditure for that amount.

Herewith, such notifications will be submitted only by officials who will obtain responsible and especially responsible positions or who obtain positions with a high level of corruption risks.

Among other things, the subject of the declaration by own initiation, will have the right to file a corrected electronic declaration three times, not once.

In addition, central executive body with a special status that ensures formation and implementation of state anti-corruption policy - the National Agency for the corruption prevention loses its collegial status.

It will be headed by the Chairman, who will be appointed by the Cabinet of Ministers of Ukraine by the 18th of December 2019 on the basis of results of the open competition.

We ask that you take into account the above mentioned information and read provisions of the Law in the context of the changes in details.