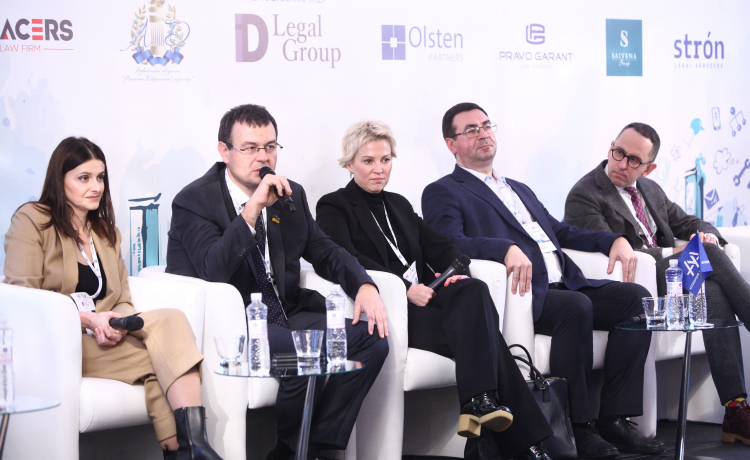 Participants discussed tax reform and changes provided by the draft Law 5600. In particular, they talked about the possibility provided by the project for taxpayers to conduct video recording during audits. According to acting Chairman of the STS Yevhen Oleinikov, such procedure in no way violates the taxpayers’ rights and allows to legislate right of tax authorities to use video recording as evidence in court cases. It should be noted that taxpayers already have this right. That is, such mechanism will only allow maintaining parity in the relationship between taxpayers and tax officials.

Inability of the head of an enterprise to go abroad if the enterprise he heads has tax debt provoked a discussion.

“Such legal norm will, first of all, protect business. Fair competition is a normal condition for business development. What kind of competition can we talk about if individual companies have multimillion-dollar debts? Introduction of this mechanism will help to reduce tax evasion and bring order to market” – Yevhen Oleinikov expressed such confidence.

He also stated that the State Tax Service has significantly revised its approaches to legal work over the past year, particularly in courts, in terms of legally correct and competently substantiate actual content of legal relations.

“This is something that, in my opinion, the Tax service has always lacked. We relied on the fact that situation is so obvious that there is nothing to prove and lost accordingly. As of today the situation has changed. This particularly applies to registration of tax invoices, when we started winning cases for tens of millions of hryvnias precisely because we undertook to legally justify the real content of operation” – stated Yevhen Oleinikov.

He also commented on the introduction of Google tax. According to him, we are talking, above all, about large technology companies, for which reputational risks are much higher than the tax evasion schemes. Companies have already asked the Tax service to explain the new procedure. Tax service will, first of all, carry out explanatory work with those taxpayers who refuse to work under the new rules from January 1.

Use of video recording during the actions of regulatory authorities (https://youtu.be/qBfHSsSRXD0)

Restrictions in case of existence of debts of enterprises (https://youtu.be/J2p5k3aRZWE)

Revision of approaches in the STS’s work (https://youtu.be/NjUc0jLSiT0)

Print version
Previous Financial agents, attention!
Next   Yevhen Oleinikov: Additional accrual of taxes is not provided according to checkup results of the one-time declarations